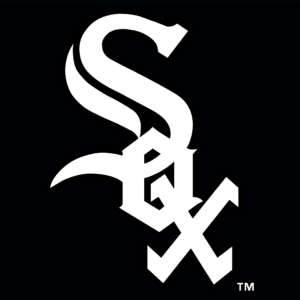 Nikhil Verma, MD, goes to a lot of baseball games. An orthopedic sports medicine specialist and professor of orthopedic surgery at Rush, Verma also is the new head team physician for the Chicago White Sox.

Although he just became head team physician in February, Verma has been among the group of doctors at Rush who serve as Sox team physicians since 2004 — a stretch that included the team’s World Series championship run the following year. (Verma and the other Sox team doctors also are members of the private practice medical group Midwest Orthopaedics at Rush.)

With Opening Day drawing close — the White Sox begin their season with a home game against the Detroit Tigers on Monday, April 3 (the Chicago Cubs’ first 2017 game at Wrigley Field is a week later) — Verma discussed how team physicians help keep baseball players on the field throughout a season that can stretch from April to, we hope, late October.

What does a baseball team physician do?

Verma: It’s really no different than team physicians for any team. We’re responsible for all the medical care, both orthopedic and non-orthopedic, for the athletes to keep them on the field more than off the field. I handle the orthopedic side, and Dr. Kathy Weber handles the medical side. (In addition to being a sports medicine specialist at Rush and a Sox team physician, Weber is the first woman doctor to serve as president of the Major League Baseball Team Physicians Association.)

In tandem, we provide care for any medical condition that may affect players’ ability to participate, whether it’s an injury or an illness. There’s an orthopedic and a sports medicine specialist at each home game, and if needed, we provide care for players from the visiting team as well as the Sox. Fortunately, we also have the backing of the entire Rush system at our disposal, so we can call on them for help with any complex specialty care that’s needed.

How many doctors at Rush are Sox team physicians?

Any of our orthopedic physicians are available to provide care on demand. We have a total of seven to eight physicians who are providing coverage on a regular basis.

Taking care of the players is not an individual effort, it’s a team effort. On any given day, there are two athletic trainers, physical therapists, one orthopedic physician and medical physician each, and support people such as massage therapists, acupuncture therapists, and others, so there are a lot of people working together to support the health and well-being of the athletes.

There’s other support we provide. We‘ll go over the physical and medical histories of potential draft picks. We’ll evaluate players as they come in for potential trades or free agent signings. And as head team physician, I am also responsible for the medical care of the whole minor league organization.

So do you physically examine potential free agents or a traded player?

Right. In most case they’ll come in and we’ll be able to examine them, just depending on the nature of the trade, to determine if there were any health issues that were not discovered that would preclude a trade being executed. If a player is going to sign a long-term contract, we’ll have the opportunity to evaluate him, and advise management regarding his health.

These contracts are for enormous amounts of money, like Tim Anderson’s new six-year, $26 million deal. Is it daunting to make an evaluation with those kinds of stakes behind your assessment?

To add to the complexity, in baseball, the contracts are guaranteed, so when the team signs on the dotted line, they’re responsible for it, no matter what happens. It’s not an exact science, so clearly there’s some risk, but we try as best we can to identify problems and provide medical opinions about the health and longevity of athletes to the best of our ability to determine.

As an example, Tim had a complete medical evaluation prior to signing his new contract, and we are excited to have him on our team for years to come.

Do you have to pay more attention to some players than others?

Pitchers are certainly at the highest risk. They’re probably at the lowest risk form a traumatic injury, but they have a high risk of shoulder or elbow injuries because of overuse.  In fact, about one in three major league pitchers will have an elbow surgery during their career. They’re also the highest paid athletes out there, so they get the most scrutiny when it’s time to sign a contract.

How does your role as head team physician differ from the other Sox doctors?

When you have responsibility for care of the athletes like this, at some point, it can’t all be trial by committee. I’m in charge of overseeing the medical care of the entire team. I coordinate care between multiple physicians, multiple physician lines. I’m the guy who gets the call if they’re at an away game and another physician is seeing them for something. Basically, the team physician is responsible for knowing the status of all players, being involved in all treatment decisions, and providing continuity of care.

Sports fans adore their favorite players to the point of worshipfulness. When you’re working with them, do you get star-struck at all?

We spend so much time with them in the locker room and we get to know them on a personal basis. At the end of the day, when you’re providing care, you’ve got to separate the fan side from the medical side, so we treat them like any other patient.

Some of the medical management decisions are influenced by return to play, time of the season, playoff run or not playoff run, contract year or not contract year, but the medicine remains them medicine, and when you lose sight of that is when we run into potential problems. Our responsibility is to the athlete and to provide them the best care possible, and to protect their interests from a health care standpoint.

Again, there’s a lot of pressure in those situations. How do you handle it?

You just have to stick to your basic principles. We understand the medicine, we know how to take care of problems, and as long as you’re making the decisions in the best interest of your patients, you’re doing the best job you can.

You’re flying to Phoenix in a couple days to be with the team in spring training. What’s the role of team physicians in the pre-season?

The first thing we do is evaluate all the players and coaches as they come in, perform a preseason physical that’s designed to identify any problems that are left over from the prior season or crept up during the offseason. Then it’s more or less like game coverage, but we’re providing support.

As players are getting back to their regimen, there’s some aches and pains, some start up pain that can arise that we treat if needed. There also are injuries that may occur during spring.  Our job is to get them ready to play in the best possible medical condition for opening day.

Injuries can happen in the preseason, too. Most notably for Sox fans, former third baseman and manager Robin Ventura suffered a horrific broken ankle sliding into home plate during a 1997 preseason game.

Fortunately, baseball is not a sport where we see those types of injuries commonly, but when we see them, you’ve got to be prepared for them.

What are the more typical types of injuries you treat?

Some of the things we’ll deal with of a chronic nature are shoulder and elbow injuries in the throwers. Generally a couple guys will have that during the season that we have to manage. We usually can manage that medically, but two or three will need surgery.

Another common injury that are increasingly recognized and more critically managed are concussions. These may occur from diving into the base, running into the outfield wall or collisions with other players. Those are things that come up two or three game a year, and the decision is made whether to take a player out of the game and when he can return to sports participation.

That said, the Sox are known for keeping players healthy, especially pitchers. Herm Schneider, the team’s head athletic trainer, has a lot to do with that accomplishment.

The White Sox have long been recognized as consistently being among teams with the fewest days missed for its players. Herm Schneider has been a fixture with the White Sox for over two decades now and is key in working together with the physicians to keep players healthy. Herm brings a consistent presence to the training room, and his protocols for injury prevention and recovery have helped to keep players healthy and on the field.

How many Sox games do you attend in a typical season?

There are 162 games, half of them are homes games, and I’ll generally be there for about 25 of them in actual coverage capacity. I’ll also stop into the ballpark to check on patients on multiple other occasions to provide continuity of care and to keep abreast of what is happening with the team. We’re fortunate that we’re close enough to the ballpark that they also can stop in for an injection, for an imaging test, or to see one of our specialists at the medical campus downtown as needed.

Do you get caught up in the game, or are you mostly just monitoring the players to make sure they’re all right?

When we’re at the game we have seats just behind the dugout. When you spend that much time around the team, it’s hard not to become a fan, root for them to do well, enjoy it when they’re doing well and be disappointed when they lose. But to be honest, if it’s a Tuesday night at 9:30 and you’ve had a full day of work, sometimes you’re in the locker room trying to get some rest or get caught up on work.

You were in your second year as a Sox team physician when they won the World Series. Did you get to any of the playoff games?

Fortunately, as team physicians, we got to go to most playoff games. I was there for both the World Series home games. It was exhilarating to be close to the team for an entire season and see them achieve the pinnacle of success. That’s why you do it, to help the team be healthy and go out and win a championship.

Of course, the Cubs won the Series last year, and they’re strong contenders to repeat this season, while the White Sox mostly have struggled since ’05.

The beauty of baseball is, you look at a team like the Cubs that were nowhere close to a championship a few years ago, and see what they accomplished. I wouldn’t count the Sox out as being a winning team this year. The moves they’ve made and the strategy the general manger (Rick Hahn) has exhibited, hopefully, we’re setting ourselves up for a decade of success.